It’s likely that gingerbread was firstly created during the 11th century when the crusaders brought spices back from Asia. Apparently, some of the early recipes were like a paste, and thus would be pressed into wooden molds. Interestingly, “gingerbread molds” were often carved to portray the news of day in the form of a storyboard including images of the King, Queen or Emperor. Though historical evidence is lacking, I’d like to think that gingerbread could potentially be considered a form of “news media” or rather “gingerbread media” in an era before the printing press. 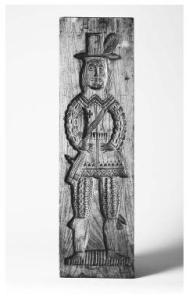 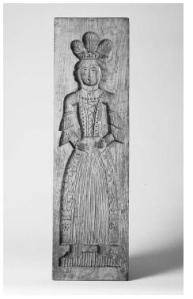 I learned about this fact from: http://easteuropeanfood.about.com/od/crossculturaldesserts/a/gingerhistory.htm